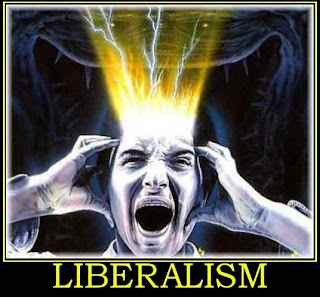 The previous article [XXIV] – a short intermezzo about the freedom categorization – was built as an argument for demonstrating the validity of liberalism paradox[XXIII]. In order to reach my goal, I will start simple by following the evolution of the idea of freedom, because there is a powerful link between this idea and the man (who embrace it) and I want to reveal it.

1.     During the early stages of his long and savage history, man was only confronted with survival decisions and this, from the point-of-view of his modern and educated children, was not freedom. Driven by instincts, that – barbaric – man used only his senses to discover the world in which he lived. So:
a.     he didn’t had the luxury of the absolute freedom, [XXIV](no point I.3)
b.    his basic and discernment freedoms were reduced by his lack of power (over nature – his spatiality) and, respectively, by his lack of imagination [XXIV](no point I.1 and I.2) and
c.     he was imprisoned into the dimension of senses [XXIV](III.1 – sensitive thinking/sensitive freedom)

2.     At some moment in time, man extended the boundaries of the sky and life (and found the location of God(s)) with his mind through revelation [XXIV](III-2 - Magical-mythical thinking/). This added a new (fake) option on his table [XXIV](point I.1) and made him happy (or at least serene), but the same modern educated children can argue that the – religious – man (past, actual and future) does not have any kind of discernment freedom [XXIV](no point I.2), because they believe that God does not exist.

4.     In parallel, a different type of man – prometheus – man [XXVI], also lost for God – forged for himself new options in life through Creation [XXIV](point I.1) and finally escaped into another beautiful (but not real) world.

a.     This way of thinking [XXIV](III.3 creative or cultural thinking/creative boundaries) enriched the cultural spatiality with new dimensions and new boundaries.
b.    Basic Freedom [XXIV](point I.1) was changed, because the expectations were changed;
c.     Because of 4.b (Western) culture(s) changed, the Discernment Freedom (point I.2) changed also in perfect synchronicity with it.

5.     After Basic Freedom [XXIV] (point I.1) was secured, the options began to grow like cancer and this (with the help of officials - the Institution of Administration) put a great pressure on the mind of man born in modernity (or postmodernity). The beginning of the end was when he had, not too less, but too much. The man lost (one by one) all his ways of thinking:
a.     Magical-mythical thinking [XXIV](III.2) – because God is dead and miracles are only happening in movies/(books)
b.    Creative thinking [XXIV](III.3) – there is no need to go/(escape) into cultural dimension when civilization is offering everything (before you are using the imagination to think to everything)
c.     Affective thinking [XXIV](III.4) – emotions and sensibility are lost, so the heart (of the braves) are wandering through a desolate desert
d.    Rational thinking [XXIV](III.5) – laws of nature and laws of man are taken for granted because they are bent and, respectively, imposed (so they say!) in order to protect the basic freedom. There is no need to use it anymore…
except
e.     Sensitivity thinking [XXIV](III.1) – the attribute of barbarians survived in the end (1).

This is the paradox: with his lack of discernment freedom (I.2) [XXIV] the modern man – even he is not seeing this – is in the same situation with the barbarian (1) he judged at point (1) and with the believer he judged at point (2). (Basic freedom in not everything). He does not know what freedom is anymore, he does not need freedom, but he is talking about it a lot.